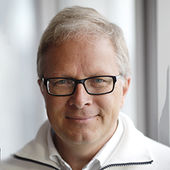 Staffan Truvé is CTO and co-founder of Recorded Future.

Staffan has spent the last 20 years working in the borderland between research and industry. He has co-founded more than 15 research based technology startups.

Staffan has a PhD in Computer Science from Chalmers University of Technology and an MBA from University of Göteborg.  He has been a Fulbright Scholar at MIT.

He is a member of the Royal Swedish Academy of Engineering Sciences.

Other Presentations at BASIS TECHNOLOGY